This is the final article in the series on the weekend in Porto I did late September with my girlfriends! Finally, a review of the tested restaurants. As breakfast at the Sheraton hotel was pretty good, we well filled our stomach. So much that we began to get hungry in the middle of the afternoon. We wanted to munch something and try one of these tea / pastries in Catarina street street but it started raining so hard that we stopped at the first restaurant we found near the Clérigos Tower. 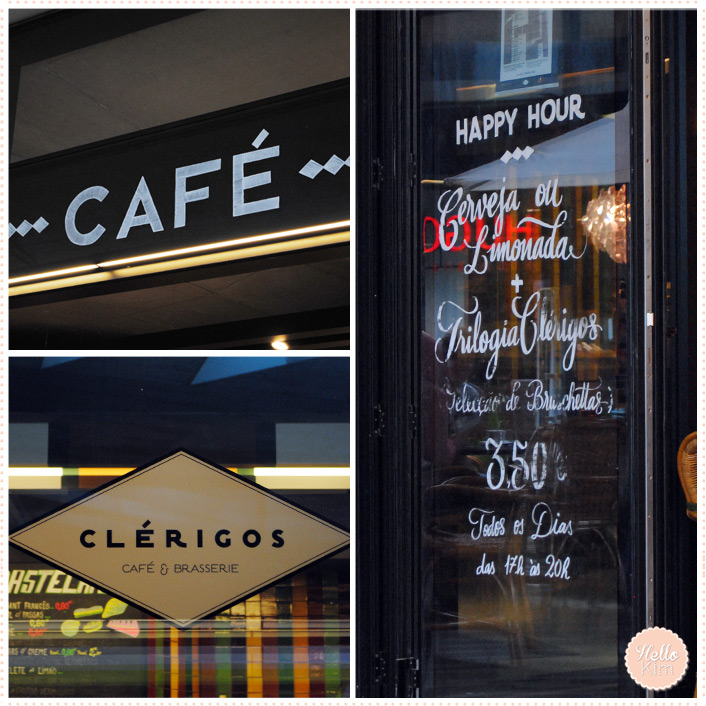 Taste of the meal As we were just a little hungry, we just ordered a hot drink, small pastries we were advised pastel de nata and tapas to share. The pastels were really good even if we were in a snack. It would have been better if we were in pastry and I think I would have eaten tons. It looks like a mini custard tart but with so much more flavor! The latte was without any surprise but the tapas were really good. If we haven’t waited for a long long time, we would have ordered more! 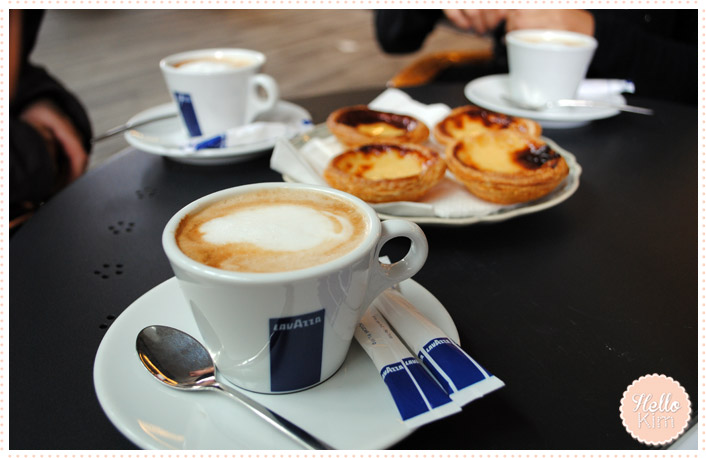 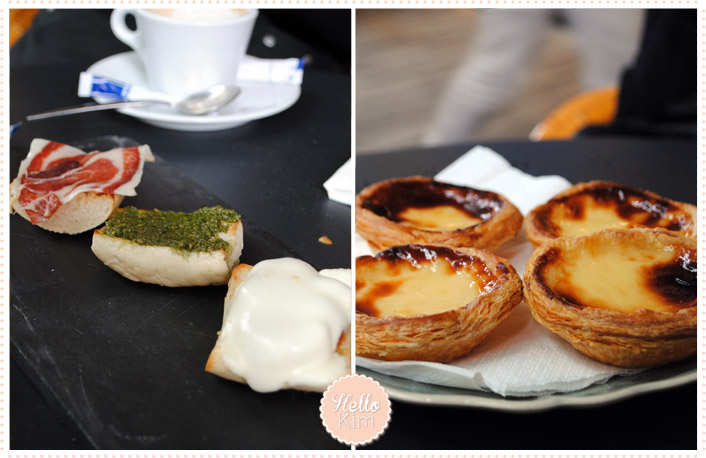 Service We had a vindictive guy as a waiter. When he wanted to take our order, we asked him to give us a little more time. And then, he ignored us a very long time before deigning to come and take the order, serve us or even bring the bill…

Setting This was a snack cafe so nothing exceptional…

This small snack opened my appetite. We had decided to try something else somewhere else, but on the way it had started to rain. We had arrived near the Trindade station and as we plan to go there to take the subway to get back to the hotel, we were resigned to stop at the first restaurant to complete our quick lunch. There was a cafe on the corner of Rua Trindade and Rua Estêvão. We took a little simple ham and cheese toast and it wasn’t bad. 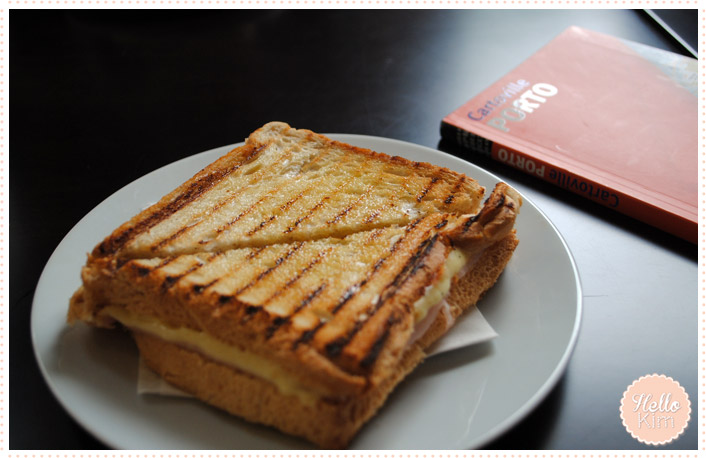 I would have tested the francesinha but I was not hungry enough for that … And I must say that this typical dish of Porto has long intrigued us. We did not know what it was. Visually, we might expect a kind of custard… But we discovered in an illustrated menu that francesinha is a sandwich with sausage, ham and beef (just that), covered with a thick layer of cheese …

After this snack, for dinner we wanted to go to a restaurant, a real one. We wanted to choose a restaurant in the crowded shopping street Catarina but then, the street was deserted at night! So, headed to Cais Ribeira. Along the waterfront in the afternoon, we had spotted a restaurant that seemed quite nice.

Taste of the meal As an appetizer, some olives and bread to soak in a cup of olive oil (included in cover of 1.5 € / person). As a starter, a plate of cold meats and cheeses Portuguese to share. It was nice but light. 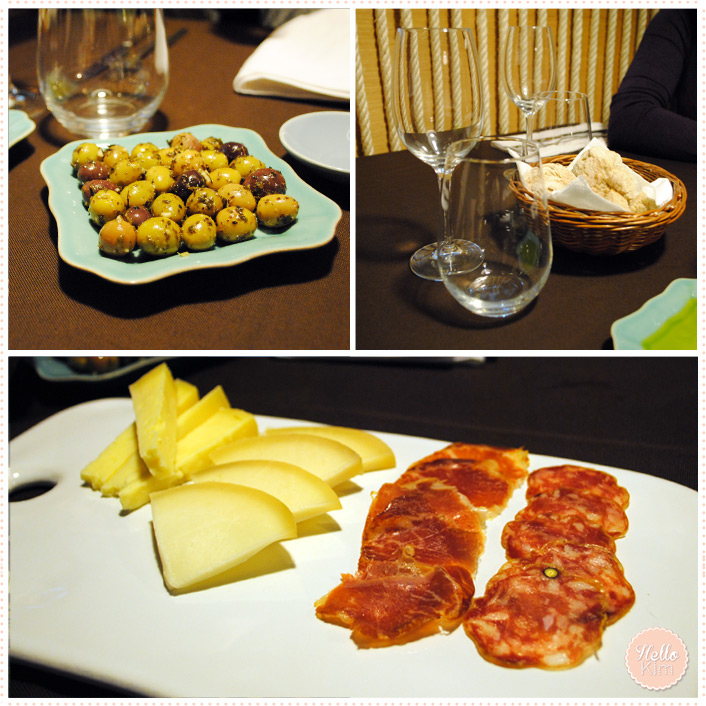 For the main course, I chose a rice octopus that rather disappointed me. I still had the octopus salad of the previous day in mind and I wanted to finish the weekend with a new twist like this. Unfortunately, my meal was bland, very bland … The cassolette of one of my friends was the very fragrant contrary, as the cod dish of another … 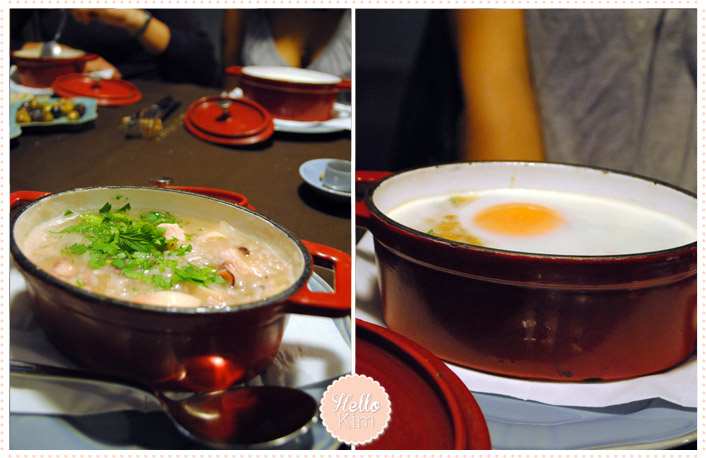 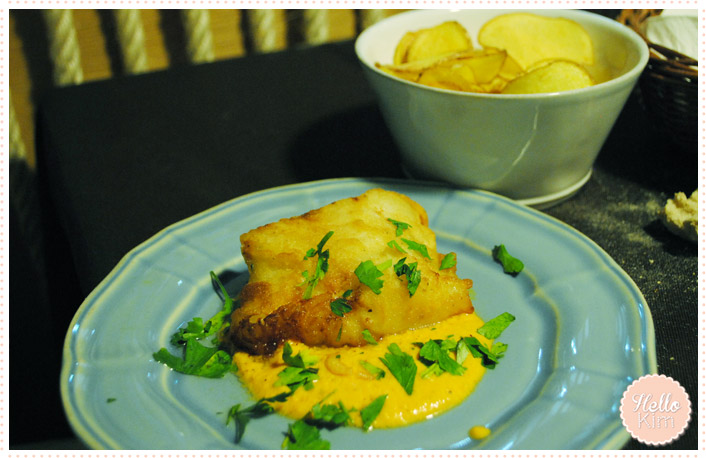 Seting We were installed in the basement with stone walls and a view of the kitchen. With the layers in tissues, nice covered tables, it changes from the family style restaurants that were tested so far.

Service The waitress who had helped us in the beginning was awkward but frankly we did not take it against her. For cons, the service was very very long! 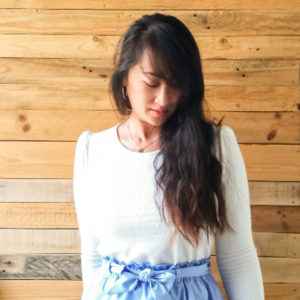 🇬🇧 [SLOWLY] I was glad to have time to knit

🇬🇧 [NEW IN] Hello there! I worked hard latel

🇬🇧 [HALF FISHERMANS RIB] I do not knit this